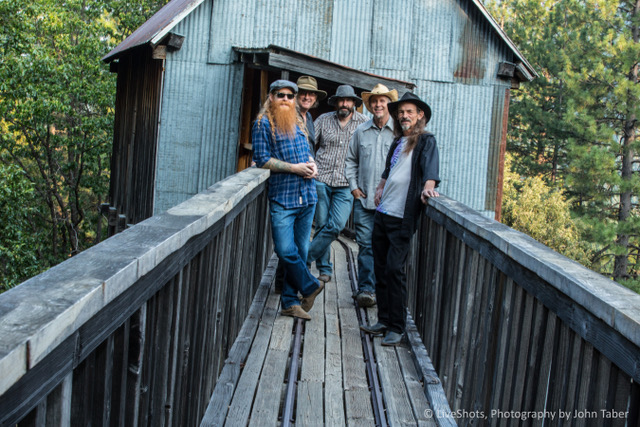 Beaches, boats, bars and tropical drinks with those colorful little umbrellas. This is what you think of while listening to "Garratt Wilkin & the Parrotheads" performing "A celebration of Jimmy Buffett music."

"Garratt Wilkin & the Parrotheads" are experiencing an expanding popularity while headlining fairs and festivals in not only his own hometown of Placerville, California, but throughout all of the Western United States, including Alaska and Hawaii, and as far away as Florida, Texas, Vermont, Delaware, Massachusetts, Connecticut and Nashville, Tennessee. Garratt and his band have been billed as the #1 Jimmy Buffett tribute band. Garratt says, "Traveling with 'The Parrotheads' is a great way to meet Jimmy Buffett fans and to make new 'Parrothead' friends. We get such a kick out of performing for fans that become just as much a part of the show as we are."

Achilles Wheel is a California based rock and roll band that blurs the lines between genres and fuses an infectious blend of Roots and World Music, Rockadelia.

Their sound comes across as both Old School and New School and is riddled with great songwriting. The one thing that rises to the surface as you get to know this band is that supporting the benefit of our human condition is foremost in their work. They play hard as a way to break down walls and celebrate life. The idealism that they embraced as younger men has not diminished in the harsh light of the modern world as we struggle to live freely and have a good time, and in the end, hopefully matter. Achilles Wheel fearlessly sings out to these times.

With the release of their third studio recording, ‘Devil In The Yard’ Achilles Wheel is also waving the flag for Ben Jacobs (Poor Man’s Whiskey, Grateful Bluegrass Boys, Rusty Stringfield), who came to the AW studio in Nevada City to record a couple of songs, but after playing on every track he left as the new Achilles Wheel keys man. He joins Jonny Mojo Flores on lead guitar and vocals, Paul Kamm on guitar and vocals, Shelby Snow on bass and vocals, Mark McCartney on drums and vocals and Gary Campus on drums and percussion.